The country of Haiti is full of vulnerable people, but our mission is to offer hope to the most vulnerable.

In Haiti, the most vulnerable are special needs and disabled children. These children are often abandoned or discarded. Many in Haiti believe these children are cursed by god and of no value. We strongly disagree!

In partnership with Pastor Diogene and Lionette Pierre, we built and support a home where special needs and disabled children are offered hope!

Would you please consider sponsoring a child ($34/month) or providing for a specific need? Your support also sends a strong message to each child that they are valuable, loveable, and important!

We are honored to partner with Diogene and Lionette Pierre, a Pastor and his wife who minister to thousands of people in Haiti. Our relationship with Pastor Dio started over 30 years ago as Steve Hanson (BODG Founder) began partnering with Pastor Dio, bringing assistance to the schools and churches that he oversees.

Pastor Diogene Pierre is a truly remarkable man. As a baby, Dio was dying of a voodoo curse. A Cuban Christian prayed for Dio and he was healed. This caused his parents to become followers of Jesus. When he Dio was 8 years old, his mother’s last words to him were that she wanted him to become a pastor and succeed in life. Shortly after, she died in his arms.

As a young boy Dio would walk to school 3 hours because he wanted to learn and he wanted to succeed. More than just succeeding, Dio has made an incredible impact on so many in Haiti!

Lionette Pierre also was born and raised in Haiti and has an extraordinary story of her own. Growing up she had a special needs sister who Lionette felt a great deal of compassion for. Several years later, Lionette had a dream to start a home in Haiti for special needs children in Haiti. Beyond Our Door Global found this dream to be a perfect match with our mission!

Both Pastor Dio and his wife, Lionette, are committed to help the poor and suffering of Haiti. It is humbling to see their hearts for the broken, needy and vulnerable that surround them.

They have spent their lives offering hope to the most vulnerable through loving others with the love of Jesus! 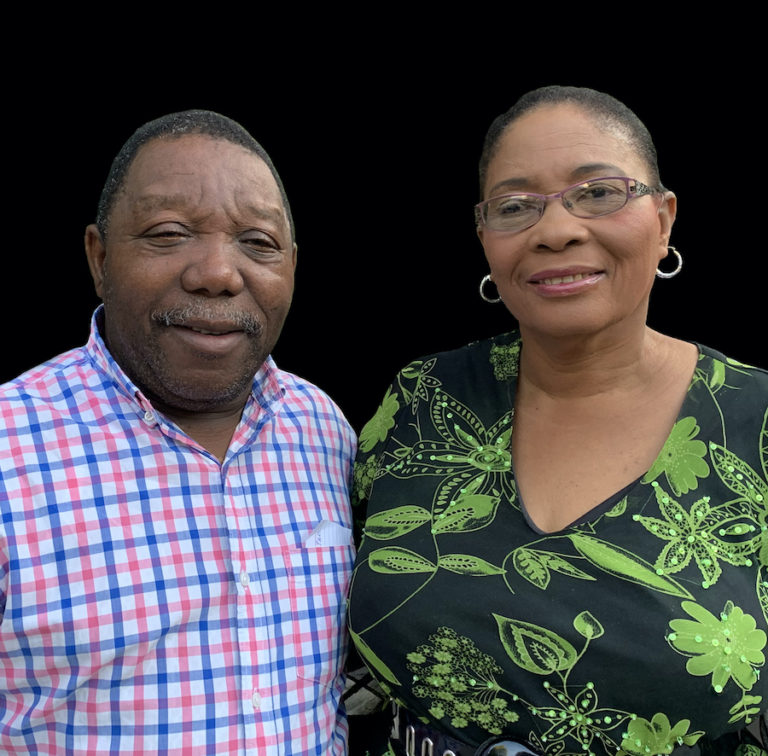 WE CAN'T CHANGE THE WORLD

BUT WE CAN CHANGE THEIR WORLD!